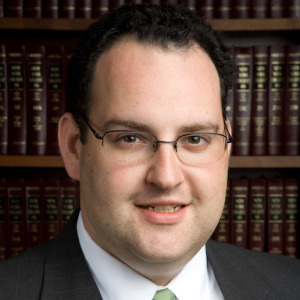 Joshua Rikon has practiced eminent domain law in New York since 2003 when he was admitted to practice as an attorney and counselor at law. He received his Juris Doctor degree from the Thomas M. Cooley Law School in 2002 and his Bachelor of Arts degree from Hofstra University in 1999. Prior to being admitted to practice, Joshua completed his law school’s externship requirement at Steinhardt Pesick & Cohen, P.C., one of Michigan’s finest eminent domain, condemnation, and land use law practices.

Joshua is a member of the New York State and American Bar Associations as well as the New York City and Westchester County Bar Associations. He served as the Vice-Chairman of the Condemnation Committee of the ABA Section of Real Property, Trust and Estate Law. Joshua has taught continuing legal education courses, he was awarded the CRE designation from The Counselors Of Real Estate, he is a member of Scribes, the American Society of Legal Writers, and he has also been designated a “Rising Star” by Super Lawyers, a lawyer rating company. Joshua serves on the Board of Governors of the Shames Jewish Community Center on the Hudson.

Some of Joshua’s cases are:

Joshua was born in New York City, and he currently resides in Irvington, New York.

Supreme Court of the United States of America

CRE, The Counselors of Real Estate

The History and Source of the Sovereign Power of Eminent Domain, Eminent Domain From Start to Finish (National Business Institute) 2013 at 1.